A Word from the General Director 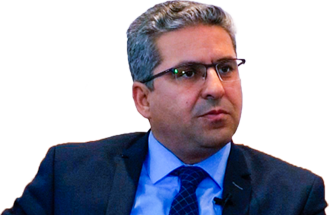 Created in 2008 under the supervision of the Ministry of Agriculture, Fisheries, Rural Development, Waters and Forests, the Agricultural Development Agency (ADA), in charge of the management of the Green Morocco Plan, has worked hard to reinforce his achievements and to perpetuate his performances.

Toward its institutional model, its approaches and its methods of intervention, ADA has become today a reference for several reasons

Good expertise has also been developed by ADA in promoting local products at national and international level, and upgrading the groups and cooperatives concerned.

The agency has also acquired a considerable experience in financing from funders for the implementation of agricultural development projects on solidarity farming and on strengthening the resilience of agriculture to climate change. These efforts were crowned by its accreditation by the Adaptation Fund (FA) in 2012 and by the Green Climate Fund (FVC) in 2016 allowing it to directly access to the resources of these funders.

More ambitious and more interactive, our teams are at your service to assist you in your quest to know, understand, guide and decide during the various stages of design and implementation of your agricultural projects.